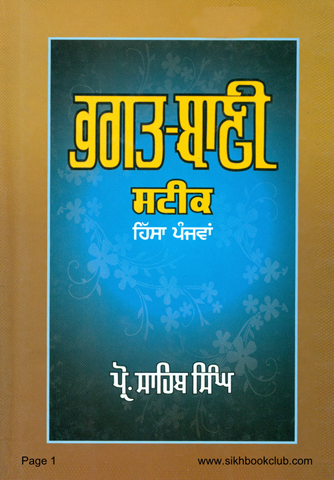 This book is a continuation from the fourth part of this five volume series, wherein Bhagat Kabeer’s Bani in 15 Raga, apart from Sri Raga and Raga Gaudi, has been interpreted by Prof Sahib Singh. The Bhagat Bani Steek Series is an important work by the great theologian that beautifully encapsulates the essence of selfless devotion towards the True Name, which is beyond mere ritualistic practices that bind the institutionalized form of religion today.

Bhagat Kabeer’s name is almost a synonym to such a movement, who in his own terms belonged to none, but whose legacy is claimed across various religious sects. His Bani retains an eternal value, even more so today, where the world is sucked deeper in the claws of religious fanaticism. Read it at sikhbookclub.com