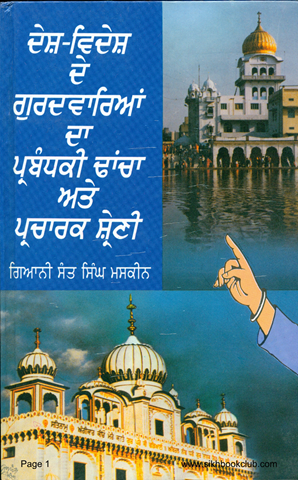 Coming out at a time, when the community consciousness is increasingly getting mired in petty politics and myopic interests of its religious administrators, further bolstered by its religious preacher’s apathy, this book, published in 1999, was a much needed initiative by the Sikh’s leading visionary ‘Maskeen’ ji to shed light on the ills plaguing the functioning of Gurdwaras.

Drawing upon his 40 years of experience in preaching moral and religious thought in Gurdwaras world over, he rues the absence of a unified preaching line that he believes is responsible for the decay in Gurmat principles among followers, thus leading to the emergence of sectional self-styled God men, among the community. Tackling the issues objectively, ‘Maskeen’ ji in this book lays down a certain vision for the reinvigoration and reformation of Sikhism, while placing the burden on both the religious administrators as well as its believers. Follow it at sikhbookclub.com