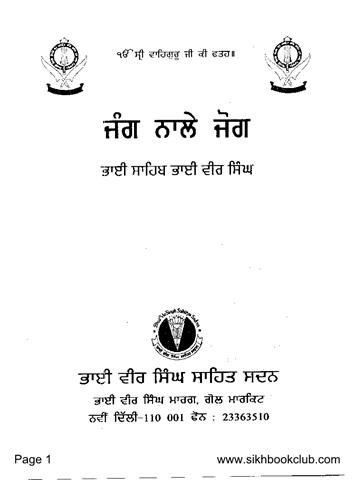 Mukatsar’s battle was the last battlefield of Guru Gobind Singh in 1705 AD, which proved to be a most decisive conflict in the military history of the Sikhs. Literally the name of this city means "the pool of liberation". Forty Sikh warriors were the one who fought to death here against the Mughal Empire. These forty Sikhs were first given "badava" (resignation as Guru's Sikhs) and then returned back with Mai Bhago, a follower of Guru Gobind Singh Ji and attained martyrdom at ‘Khidrana Di Dhab’. Later this place was named ‘Sri Muktsar Sahib’, renamed from ‘Kidhrani DI Dhab’.

The Sikh Ardas or prayer consisted of forty Mukte means Mukti or liberation in Sikh history. Guru Gobind Singh Ji wanted people to always remember these forty ‘Mukte’. So in the Sikh Ardas or supplicatory prayer offered individually or at gatherings, people  always remembered their religious services. After this battle Guru ji met with a yogi (saint) and the saint asked questions to Guru Gobind Singh ji about Jang (Battle) or Jog (Path to Divinity). To this Guru Ji Said “The work which people make for human welfare is not a battle, it is Ascetics, more pure and divine life to understand God and lead the way towards this ultimate ‘Providence’ ”.