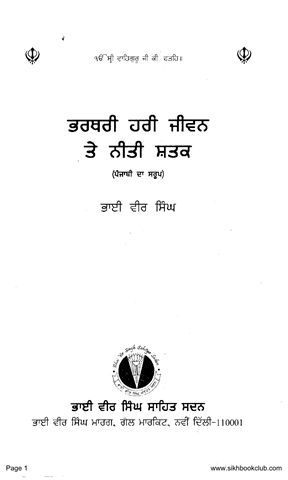 This book is all about the life of Parthri Hari.In this book we can read his Compositions and many more things.In Indian history and folklore, 'Raja Bharthari', also known as "Sant" Bharthari, in many parts of India is the hero of many folk stories in North India.