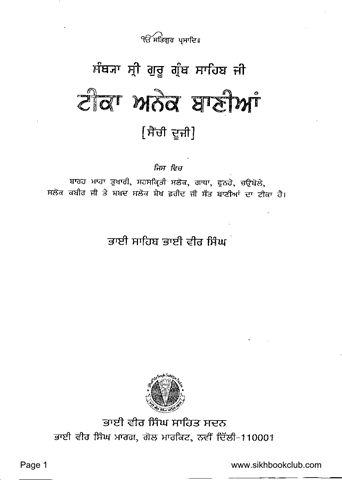 Guru who guides us to safety, and to be saved, one have to follow the right path of SEWA and SIMRAN told by him.